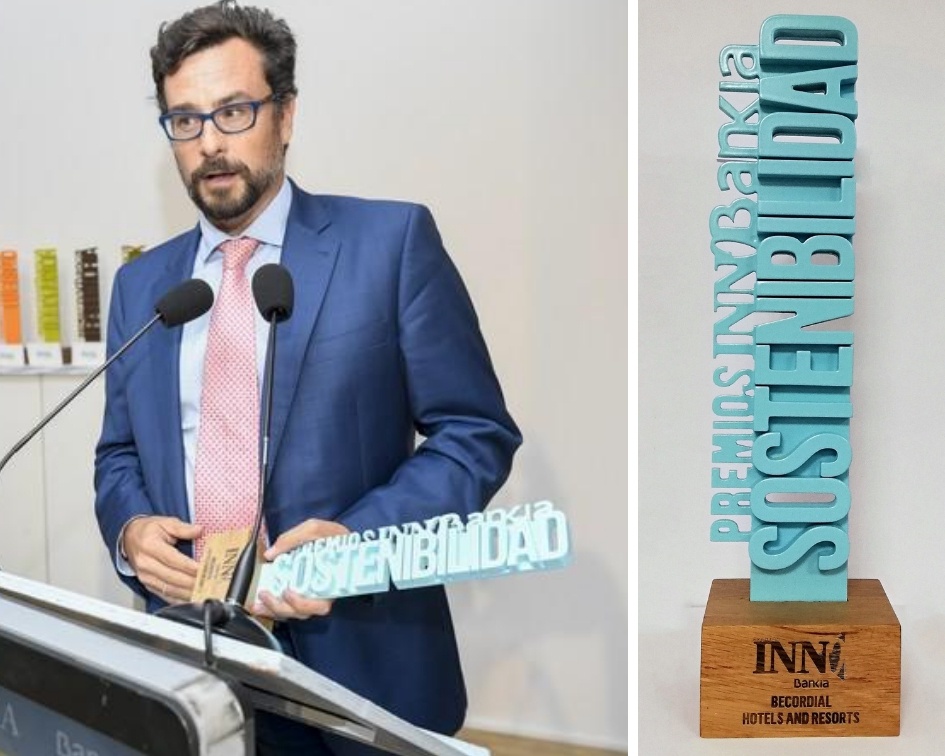 On October 30, the 1st edition of the InnoBankia Awards was held, in which Bankia, in collaboration with Prensa Ibérica, recognized the leading and innovative companies in the Canary Islands

The InnoBankia Award for "Sustainability" fell to beCordial Hotels & Resorts in recognition of an outstanding social and environmental commitment. Some of the actions that are part of its Corporate Social Responsibility Policy and that have earned them this recognition are:

- Positive value of ethnographic assets around Hotel Cordial Mogán Playa musealizing the necropolis of Las Crucecitas and executing a walk that vertebrates this site with the archaeological site of Lomo Los Gatos.

- Heating sanitary water with biomass, a neutral fuel with regards to CO2 emission into the atmosphere.

- Positive discrimination in the personnel selection processes in favor of residents of the areas where their establishments are located, thus facilitating family conciliation and an opportunity for professional development for the inhabitants of each region.

- Sponsership of local athletes and sports clubs of all levels, as is the case of the representative of the province of Las Palmas in national football, UD Las Palmas, and the constitution among its workers of the Peña "Be Cordial", which today is the most numerous (with almost 200 members) of those who follow, passionately but cordially, the yellow team. In this field we also highlight the support for cultural activity in the area, such as the Banda Municipal School of Music and Dance of Mogán or the Veneguera meeting.

Don Nicolás Villalobos, General Director of the chain, was in charge of collecting the award and giving a speech of appreciation for this award that recognizes the whole-hearted commitment of beCordial Hotels & Resorts not only with its guests but also with the community in which its establishments are based.

Enter one of the two fields

Enter at least one of the fields